Amaranths are in most cases annual or perennial herbaceous plants 15-80 cm high. The whole plant is colored green or purple-red. Some species (upturned amaranth) with root crops. Leaves alternate, entire, without stipules, rhomboid, lanceolate or ovate. The leaf blade at the base is elongated into a petiole, the apex is notched and has a small point. The upper leaves have very short petioles, the lower ones are long-petioled, while the former do not shade the lower leaves, since their petioles grow until the leaf blade emerges from the shadow of the upper leaves. The flowers are small, usually actinomorphic (regular), petalless, hidden among pointed green bracts, bisexual. There are monoecious and dioecious species. Axillary flowers in small glomeruli, apical flowers are collected in dense spicate paniculate inflorescences. Calyx of 5 (1-4) usually dry and membranous sepals or without them. Stamens 5. Gynoecium of 2-3 (4) carpels.

The fruit is a nut, less often a box. The seeds are numerous, rather small, smooth, in a strong peel, well adapted to falling out of the fruit (barochory phenomenon) and spreading with the soil. Each of the well-developed specimens produces hundreds of thousands of seeds.

The preparation of raw materials is carried out in different ways. Amaranth is harvested at the end of summer after flowering has ended so that it is mature enough. But there are species that need to be collected in winter. At home, the seeds must be manually removed from the boxes, in industrial conditions, harvesting is carried out using a combine. Flowers and stems of amaranth are frozen, dried or fermented like ordinary cabbage. When drying, medium-sized cut pieces of the plant are laid in a small layer in a well-ventilated place, sometimes stirred, or amaranth leaves are collected in a small bundle, hung up and dried (if the plant crumbles, then it has dried up). If it is necessary to preserve a large amount of nutrients, the plant is also cut into small pieces, put in the refrigerator. Store dried raw materials in a dry, darkened and ventilated room in a suspended state. When freezing in bunches, amaranth bunches are washed and dried, put in bags, then in the freezer. Frozen parts of the plant are stored for no more than a year until the raw materials lose their useful properties. They also pickle in two ways, for the first - they make a brine (salt and sugar), for the second (dry) method - the bouquets are simply covered with salt and placed in containers.

Currently, amaranths are considered health pantries because they contain a large amount of valuable substances.

Omega-6 polyunsaturated fatty acids contained in amaranth have a positive effect on cholesterol metabolism, prevent the development of atherosclerosis; vitamin E - a powerful antioxidant, delays aging and prevents cardiovascular diseases, reduces the formation of blood clots and cholesterol plaques, strengthen the myocardium; squalene increases the body's resistance (immunity) to various diseases, protects cells from radiation and malignant degeneration, and also protects the skin from exposure to harmful substances and prevents the development of skin cancerous tumors, provides moisture, slows down skin aging, and helps to saturate the body with large portions of oxygen. Pro-vitamin A, vitamins E, D, polyunsaturated fatty acids and other oil substances slow down the process of early skin aging and promote skin rejuvenation. Amaranth is an ideal remedy for restoring the body after chemotherapy. 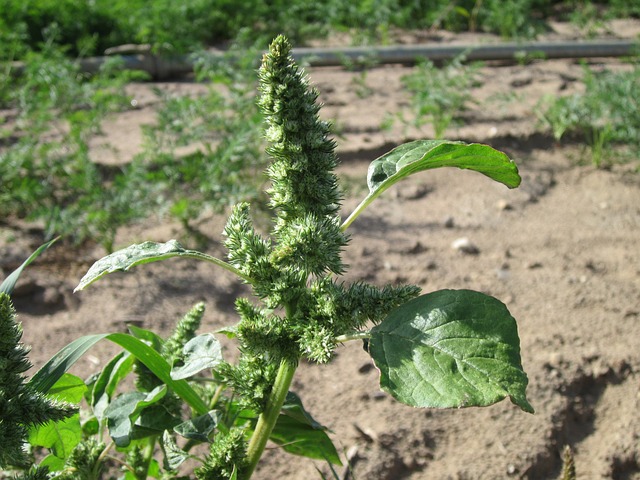 Contraindications and side effects

At the initial stages of the use of amaranth oil, nausea and dizziness are possible, associated with the active saturation of the body with oxygen. A contraindication to the use of amaranth oil is individual intolerance. Before using the oil, it is necessary to consult a doctor in the presence of acute and chronic diseases such as pancreatitis, cholecystitis, as well as cholelithiasis and urolithiasis.

THE SIGNIFICANCE OF FOOD

All kinds of amaranth are used for food purposes, including those discussed in this article. All amaranths are delicious when added to soups or purees, or eaten as cooked, stewed greens. Collect only the leaves or non-flowering twigs of the plant. Fresh amaranth is not edible because it is relatively tough, so it needs heat treatment. Amaranth seeds are also harvested, but this is usually from cultivated amaranths. The seeds even have the name "Tatar millet!"

The seeds can also be safely ground into amaranth flour. Flour is added to basic flour (usually wheat), giving the further product a mild nutty flavor.

Amaranth is one of the most sought after plants in the pharmaceutical industry. The oil obtained from amaranth, the most valuable product, rich in bioactive substances, serves as the basis for a number of drugs used to treat hemorrhoids, inflammation of the genitourinary system, diabetes, skin diseases, radioactive and thermal burns.