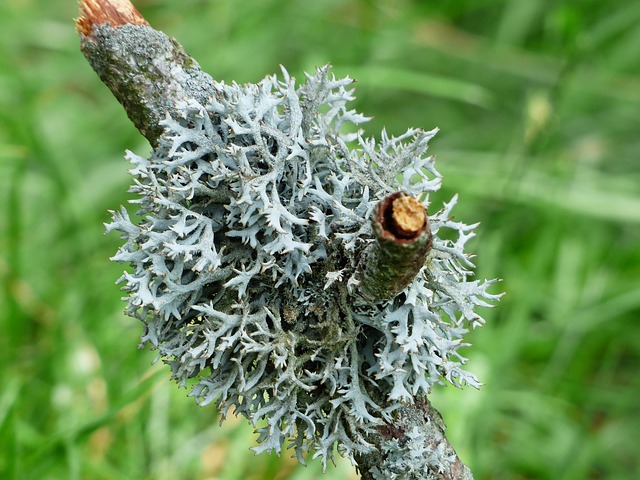 The tree moss is one of the most common lichen species in Latvia, but it is found only in clean environments, both on living and fallen trees, and it also tends to grow on rocks and fences. This lichen likes to grow in places where the sun shines on it. The foliage is strongly branched, it tends to reach up to 15 cm in size, the width of the foliage branches is up to 6 mm. The surface of the foliage tends to be smooth or covered with isidia, which give the impression that the lichen is covered with gray bran. The surface of the lichen is gray to brownish gray. The underside of the branches is black or purple at the base, the color turns pink at the tips of the branches. Apothecia (fruiting bodies) are rarely formed.

Tree moss is harvested for medicinal purposes in dry weather, from spring to autumn! Basically, when the temperature reaches a stable +5 and more degrees. It is allowed to dry in a well-ventilated place on sieves or in forced dryers, not exceeding a temperature of 45C. It can be stored for up to 3 years, in hermetically sealed containers!

Information about the use of tree moss for medicinal purposes can be found in the ancient past. For the first time this lichen is mentioned as a medicine in 1700-1800 BCE.

This lichen was used to treat wounds (also in animals), burns, gastritis, colds, asthma, pulmonary tuberculosis and other ailments. In the 15th century, a medicinal cocktail containing lichens such as Evernia prunastri, Pseudevernia furfuracea and Hypogimnia physodes was exported from Europe to Egypt - it was mainly used for intestinal "weakness". Tree moss was mixed with clay and made into applications that treated wounds, eczema and hemorrhoids. In many cultures around the world, lichen was used as a preservative, embalming agent, perfume fixer, cosmetic and raw material for alcohol production! Tree moss was an important raw material for embalming procedures in Egypt.

The tree moss , like the plum evernia, is still harvested in large quantities and used for the production of perfumes, soaps and care cosmetics!

The medical perspective of tree moss has been studied quite extensively and has been shown to have antimicrobial, antioxidant, antifungal and antibiotic effects. Tree moss produces strong activity against Bacillus species and Staphylococcus aureus, moderate activity against Sarcina lutea, Enterococcus faecalis, Proteus mirabilis and Pseudomonas aeruginosa, and weak activity against Escherichia coli and Salmonella typhimurium.

Tree moss has been shown to be a powerful agent against Candida species. Likewise, products that contain these lichen extracts have the ability to increase the speed of skin wound healing!

It is worth mentioning that Tree moss can affect the growth of molds such as Penicillium italicum, Penicillium digitatum, Penicillium verrucosum and Botrytis cinerea by reducing their development rate. This is one of the important factors for using this lichen in the food industry. In the past, tree moss flour was widely used in baking bread (mixing it into the bread dough).

Based on scientific research, tree moss can be used as a prospective skin care agent, which is able to help in the case of various wounds and skin injuries, as well as having a positive effect in the case of skin fungal diseases and eczema.

Tree moss is also a valuable tool for treating various intestinal diseases caused by fungi and gram-positive bacteria. In addition, it can be used to treat various respiratory diseases.

There is also lichen with an equivalent effect, but tests indicate that it is less active. The name of this lichen is blue-green platysmatia (they are related to tree moss).

Blue-green platysmatia is a common lichen in Latvia, the lichen tends to live in a moderately polluted environment. It is found both on the bark of conifers and deciduous trees, rarely on stones. The lichen tends to grow up to 15 cm in size, the lobes are longer than they are wide. Lobes folded with curly edges, covered with coralloid isidia or grayish soralia. The surface of the foliage is light gray, greenish or gray-bluish. In shady areas or when the lichen is damaged, it turns purplish red. The underside of the foliage is brownish-reddish, at the base it tends to be black. Apothecia (fruiting bodies) are rarely observed on lichen.

The lichens mentioned in the article are not recommended to be used during pregnancy and lactation, as well as to treat small children with them.

Lichen preparations have not gained much popularity in folk medicine, apart from Icelandic cetaria, so you have to be careful not to harm yourself when using any means containing lichen. Start with minimal doses and monitor the changes in the body. If unwanted side effects are observed, the use of these means should be stopped immediately!