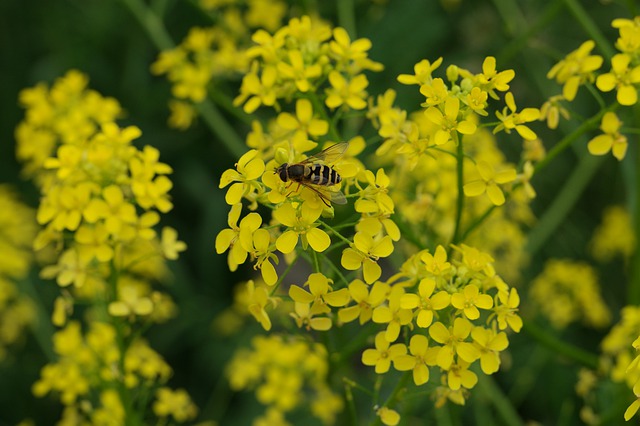 Annual, biennial (most often) or perennial plant, branched, with almost entire leaves with a finely toothed edge, tufted, split, divided or cochleate. The plant has hairs. The plant is a valuable honey plant!

The flowers are yellow or white, collected in a short (1-2 cm long) shield-shaped inflorescence, in the presence of fruits it lengthens to 10-20 cm. Fruit - an oval-shaped pod, naked, two-celled, with one-seeded or two-seeded nests, placed one above the other.

The valuable properties of the plant can be explained by its vitamin C, iron, manganese, copper, protein, fiber and essential oils. Due to the presence of iron, it contributes to the increase of hemoglobin content in the blood, which is especially relevant in case of anemia.

Warty-cabbage are often used in case of loss of appetite, for the treatment of atherosclerosis, inflammation of the upper respiratory tract and for strengthening immunity.

In folk medicine, scientists use the juice of the Warty-cabbage to treat benign and malignant tumors, dried flowers are used to treat joints. In folk medicine, infusions and decoctions are prepared from this plant, which are effective in cases of scurvy, children's convulsions, and upper respiratory tract diseases.

The plant is not poisonous and no side effects have been observed, while during pregnancy and lactation, it should not be used in any way. This plant should also be avoided at an early age.

In food, young shoots and leaves of the Warty-cabbage are used, less often the roots. One of the best ways to consume it is by cutting a fresh shoot when the plant has not yet grown. Peel the bark and eat the middle of the stem. In taste, the fresh plant is remotely reminiscent of radish. Unfortunately, the mustard oil in the plant breaks down quickly and after two hours the harvested plants will taste like cabbage.

Of course, the plant can also be fried, stewed and boiled.

The roots are collected in early spring or late autumn, but it is important that the plant is young, because the root system of older plants has already lignified. The root can be eaten fresh, pickled, stewed, boiled, used instead of horseradish. The root can also be dried, so it will lose its bitterness and can be used in powder form as a spice.

Grind the roots of dižperkone in a meat grinder, add sugar, salt, vinegar - mix and place in the refrigerator for 2-3 days Serve with meat and fish dishes, also use in salads and as an independent dish (with mayonnaise or cream).

Mix everything together and use on sandwiches.

The roots of dižperkone are ground in a meat grinder, dried in a baking oven, crushed in a pestle. The resulting powder can be used as an additive to cereal dishes and salads, as well as a seasoning for meat dishes (soaked in water for 2-3 hours before that). 1 tablespoon per serving!

Clean and chop the young shoots of the gorse, add potatoes, vegetable oil and spices.

Prepare salad with egg in the same way. Add another 0.5 eggs and add cream or mayonnaise.

Put cut potatoes, vegetables stewed in a pan in boiling broth and cook for 15 minutes. Then add chopped bulrushes and cook until ready. Egg and cream are added when serving.

Boil water. Chopped carrots, onion and paste are fried in fat, added to water and allowed to boil, add potato and cook for 15-20 minutes on a low flame. Add butter before serving.

Boil water and add pan-fried carrots and onions, dried elderberry, let it boil and then add cut potatoes and boil for 15-20 minutes on a low flame. Add butter when serving.

Puree of Warty-cabbage with onion

Dižperkone paste is mixed with chopped onion and flour, fried in oil for 5-10 minutes. Puree can be served as a side dish or as an addition to the second dish.

Potatoes are cleaned, boiled and mashed. Pour a raw egg into the cooled potato puree, add salt, chopped onion, cumin paste and mix thoroughly. Divide the portion into equal parts and make oval shapes, roll out wheat toast, . Fry the meatballs on a pan until a brownish layer forms.

Grind the leaves and roots of the Warty-cabbage in a meat grinder, add salt, pepper and vinegar. Used as an additive to meat, fish and vegetable dishes.