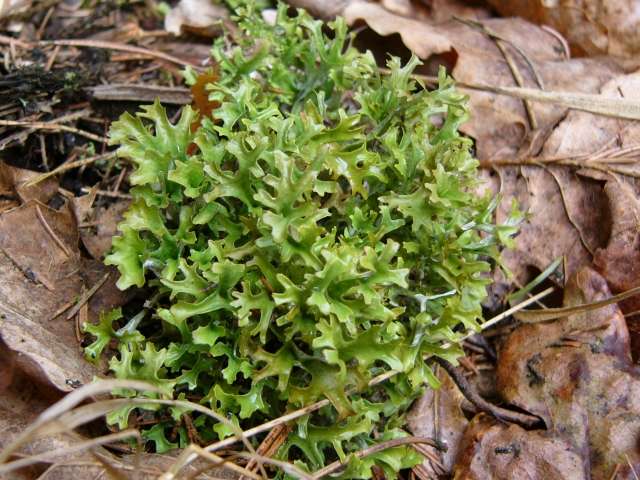 Iceland cetarium is one of the lichens that is widely used in medicine. Today, especially widely, although in Latvia, deer lichen was historically used more widely.

Icelandic cetaria has one great feature, it grows only in an ecologically clean environment. Like other representatives of lichens, it does not have pronounced roots, stems and leaves, and it feeds on the influence of the environment. In case of long-term drought, it can fall into anabiosis for up to three years.

With its durability, it has not for nothing attracted people, who already today consider it a valuable medicinal plant.

Cetraria are easy to recognize because of their dark brown color. This species forms continuous stands on the ground, which can be seen as brown areas in the usually green or gray forest floor. There are 6 species of cetria in Latvia. The most common and well-known of them is Iceland cetraria, also called Iceland lichen.

Iceland cetraria (Cetraria islandica) or Icelandic lichen is about 6 cm high, its branch-like lobes up to 1 cm wide, dark brown, shiny, irregularly branched. Lichen forms thick "carpets". A very bitter but effective tea against colds is brewed from the cetarias of Iceland.

Important features for distinguishing the species are as follows:

Chemically, Iceland cetarium is composed of carbohydrates and is based on lichenin, a starch-like substance with high nutritional value. Lichen contains a lot of rubber, proteins, waxes, resins, it also contains a small amount of fat and organic substances, which create antibacterial properties.

Polysaccharides (independent of lihrnin) which produce binding properties and tannins which impart astringent properties to the lichen have also been identified.

Like most lichens, Icelandic cetaria contains dozens of trace elements, among which are iron, iodine, titanium, copper, manganese and others. What was also strangely found is vitamin B12, which is normally found in the cells of "living" organisms that reside in the intestinal tract. Thanks to the presence of this vitamin, lichen activates immunity, helps in the processing of fats and proteins, and also improves the condition of the skin and hair.

Thanks to all this composition, Icelandic cetarium is considered one of the most medicinally useful among medicinal plants.

In Iceland, where the valuable properties of Icelandic cetrarium were discovered for the first time, agriculture is not developed due to environmental conditions. Then this lichen was used as a food additive in baking bread. It was only in the 18th century that official medicine became interested in it, which discovered its powerful effect in the treatment of respiratory system diseases, even that lichen can help with tuberculosis.

This property of Icelandic cetrarium, like other medicinal lichens, is due to the presence of usnic acid. Usnic acid is an excellent antibiotic created by nature, which is capable of destroying a wide range of pathogenic microorganisms, including the causative agents of tuberculosis. And it is precisely the salts of this acid that are present in the preparations for the treatment of this dangerous disease.

Apart from the above, Iceland cetria is also used to treat:

Over time, doctors discovered that Icelandic cetarium is also great for ulcers and gastritis, and due to the fact that lichen can accumulate iodine from the environment, it also helps with thyroid problems.

The Eskimos and other peoples living in the far north have known about its powerful properties since ancient times. They use it not only as a decoction, but also apply it externally, in the form of compresses, to heal wounds, infections, burns and boils, but when taken orally, it improves appetite, cleanses the blood and fights all kinds of inflammation.

Icelandic cetrarium tea prevents the symptoms of toxicosis. Helps to absorb swelling in the chest, helps in the fight against vomiting and nausea. With the help of Icelandic cetrarium, the general state of immunity can be raised, and the result is observed already from the first time of use (in a person, strength returns). Northern peoples used it to treat toothache and stomatitis.

However, the positive effect of cetrarium did not end there, with its help it drives out intestinal parasites (which is why it is widely consumed by reindeer), treated insomnia, diarrhea and constipation, stimulated the gall bladder, and used it to make diapers for small children.

At the moment, there are no specific restrictions or effects caused by Icelandic cetarium in case of an overdose. Likewise, it is not known how it affects pregnant and nursing mothers. Therefore, if you feel insecure about being treated with it, consult your treating physician.

The use and recipes of Icelandic cetrarium in folk medicine are more popular among the Nordic peoples, as well as in Ayurveda and homeopathic medicine.

To improve appetite and stimulate the work of the gastrointestinal tract

One heaping tablespoon of ground Icelandic cetraria is poured with 1L of hot water and held for half an hour over steam. A warm decoction is used within one day.

Cetrarium extract is used against constipation, including chronic ones. To prepare it, pour 100g of dried lichen with a liter of water and put it in a cool, cold place for a day. Then filter it and put the resulting liquid on a water bath (container in a container) and heat it until the mass of the liquid is reduced by half. Use the obtained mixture three times a day in a cup, half an hour before meals.

Decoction: pour two tablespoons of lichen with a glass of boiling water, keep in a warm place for half an hour. Use 2 tablespoons several times a day. Treatment course for 10 days, after which a three-day break is taken. 3 courses should be completed in this way.

Tea: pour 2 teaspoons of lichen with a glass of hot water, leave for 30 minutes. Filter off the solids and drink immediately. Such tea should be used 3-4 times a day. It is necessary to drink the tea hot, if it is too bitter, it is recommended to add honey.

For one glass of milk, 1 teaspoon of lichen, close the container with a lid and cook on very low heat for 30 minutes. Drink everything immediately before going to bed.

Medicinal mixture: take equal parts of Icelandic cetaria, pine buds and fragrant violet (Viola odorata) roots. 1 tablespoon of the mixture is poured with cold water and left for 2 hours. Then it is put on the fire and boiled for 5 minutes, from the moment the water started to boil. Drink hot, three times a day.

Decoction: 2 tablespoons, with a pile, pour a liter of water and place on the fire. As soon as it starts to boil, put a lid on the container and heat it on low heat for another 1-1.5 hours, as a result you will get a jelly-like mass. Filter off the solids and use half a glass, within two days. You can dilute the decoction with water or add honey to it, as it will be slightly bitter.

Decoction in milk: add one tablespoon of Icelandic cetria to half a liter of milk, wait until the mass begins to boil and keep it on low heat for another 5-7 minutes. Allow to settle for half an hour and filter the solids. Drink the entire obtained mass during the day, in several passes.

Soaking will take 12 hours, after which the lichen is rinsed under running water and re-soaked in fresh water for 4-5 hours. Rinse the soaked Icelandic cetria again and cut into fine pieces. Next, it is added to a container with water and boiled on low heat until the mass becomes jelly-like. Then add sugar as needed, fruits and berries and finish making the jelly. Drink like any jelly.

For the treatment of impotence

In order to treat this problem, you need to use the following mixture - take equal parts of Icelandic cetaria, lemon balm leaves, flowers of common sedum and crushed and chopped male cuckoo root. Pour a tablespoon of the mixture with 250 grams of boiling water, leave in a thermos for a couple of hours, use daily, one glass 3 times a day.

The duration of treatment depends on the cause of the problem and can be as long as 3 months.

Treatment of tuberculosis and pulmonary emphysema

These serious illnesses are treated with a decoction prepared as follows: a large tablespoon of cetraria is poured into a glass of boiling water, heated in a water bath for about 10 minutes, the solids are filtered and the whole is drunk at once. Such a decoction is drunk 6 times a day. The treatment time is not determined.

Pour 4 tablespoons of lichen with three glasses of water. Put on a small fire and cook for half an hour. Drink warm, 3 times a day!

Take equal parts of Iceland cetria, Japanese sophora, St. John's wort and two tablespoons of sage. Pour 2 tablespoons of the mixture with a glass of water and boil for 30 minutes. Then cool and filter the thickets and rinse your nose with the resulting solution 2-3 times a day, the last time necessarily before going to bed.

Treatment of wounds, burns and boils

In the recent past, it was found in Japan that Icelandic cetraria, green tea and herbal mixtures are able to prophylactically help in the case of oncology, if the oncology is in the initial stages.

It is necessary to take 2 teaspoons of lichen, Moorwort, St. John's wort and celandine. 3 teaspoons of celandine, water pepper, nettle. The whole mixture is mixed with 100 parts of green tea (100 teaspoons).

One tablespoon of the obtained mixture should be poured with boiling water and allowed to stand for an hour, then drink as regular tea. 4 times a day.

Iceland cetria is harvested during the summer months, but the recommended time is late August and early September. The obtained lichen has to be cleaned seriously, because it will be covered with needles, leaves, soil, twigs, etc.

What is obtained is dried in the shade or in dryers adapted to it, because sunlight will destroy all the useful substances in them. Once dry, lichen becomes brittle and breaks easily. Best stored in glass containers with a lid, shelf life up to two years.

Icelandic cetrarium kisel in the taste of hunters

3 cups of chopped lichen, 2 cups of cranberries, half a cup of sugar. 1L of water.

Boil washed Icelandic cetria in 2L of water. For the decoction, the thickets are separated, cranberry juice and sugar are added. Boil the mass. Kiseli is served hot or chilled.

Cranberries can also be used in kiesel instead of cranberries.

Concentrated decoction of Icelandic cetrarium (1kg of lichen per 1L of water), add salt as desired and pour over the mushrooms. When cooled, serve with horseradish, mustard, pepper and vinegar.

Snack mail from the Icelandic cetrarium

Icelandic cetarium is a lichen that can also be used for skin care. This lichen is used as an anti-inflammatory and antibacterial agent.

The basis of lichen is formed from polysaccharides (lichenan, lichenin, isolechinin) with a certain admixture of tannins, gums, amino acids, waxes, pigments and whole complex acids that have antiseptic properties. It contains a lot of microelements and vitamins - iron, iodine, copper, manganese, etc. Thanks to the polysaccharides in lichen, cosmetics containing Icelandic cetarium have pronounced covering properties, while tanning agents have a pronounced astringent effect.

Icelandic cetarium has a pronounced vasoconstricting effect, it has soothing and natural antiseptic properties. Iceland cetarium is popular for its antifungal and antibacterial properties (it is effective against gram-positive and gram-negative bacteria).

Icelandic cetria is commonly used to:

No side effects have been observed for Icelandic cetrarium, except in the case of individual intolerance to this plant!