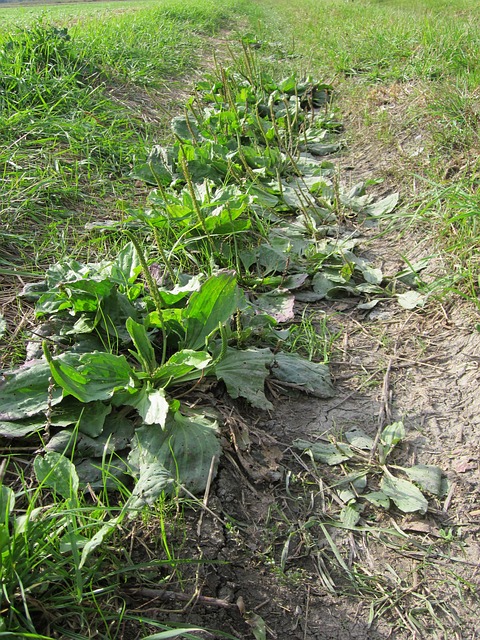 Common mullein is a biennial plant 50-150 cm tall, with an upright stem, large, elliptic leaves, which form a rosette at the root. The leaves are on average 30 cm long and 10 cm wide, the tip of the leaf is either dull or has a short point on it, the edges of the leaf are usually smooth. The whole plant will be covered with gray-white or yellow-gray hair. The root system is columnar. The flowers are bisexual, irregularly shaped, pale yellow, formed in a dense inflorescence. The seeds are small brown-black. The plant blooms in summer from June to the end of August.

The medicinal value is based on the flowers of the plant. Harvest them during flowering when the flower has opened. The plant has its own characteristics, it blooms in the morning and either closes or falls in the evening. Therefore, collection takes place in the first half of the day! If the flower is harvested closer to the west, when it is dried, it often turns from yellow to dark brown, such a flower strongly loses its medicinal properties.

The collected flowers are dried in a spread, in a well-ventilated room or in forced dryers, not exceeding 50C temperature. For well-dried flowers, the petals become brittle and it is easy to turn the whole mass into powder. It should be remembered that the dried material absorbs water well, so airtight containers are usually used for its storage. The flowers have a shelf life of two years if stored properly. Plant seeds are collected in autumn - September - October.

When performing the chromatographic analysis of water-alcohol extracts of common mullein, it was found that the main biologically active substance in the plant is the iridoid group (aucubin, harpagide, harpagide acetate, catalpol), phenolic compounds (flavonoids and phenolcarbonic acid), tannins and polysaccharides were also found in the flowers, about 3%, which are included in the composition of mucus. Analyzing the mucilage substances in the flowers also found carotene, saponins, coumarin, gum substances, flavonoids, essential oils, carbohydrates (3.5% glucose, 11% sugar, 4.5% alkali). Mucilage and carotene have also been found in the leaves of the plant. When studying the seeds of the plant, 11 different vegetable fats were found in them, based on unsaturated fatty acids such as linoleic and linolenic acids (up to 90% of the total fat content of the seeds). Common mullein flowers contain macro (K, CA, Mn, Fe) and trace elements (Mg, Cu, Zn, Mo, Se, Ni, Sr, Pb, B, Li). Strontium and Lithium are concentrated in flowers.

Preparations of common mullein have been found to be effective in cases of upper respiratory catarrh. The mucilaginous substances contained in the flowers remove irritation, while the saponins liquefy the mucus in the bronchi and ease the expectoration process. Water-alcohol tinctures reduce arterial blood pressure (up to 20%), and also prepare 1% alcohol-water infusions with antimicrobial effects. Ethanol extracts have a dilating effect of blood vessels, improve blood circulation by 20-30%. Also, the water extract helps to fight the herpes virus. It is also effective against influenza A and B viruses.

The setting is also very effective for neuralgias of various etiologies, dystrophy, hypertension, atherosclerosis, nervous exhaustion, epileptic attacks. It is also effective in the treatment of hemorrhoids (used in sitz baths). For such needs, a mixture is prepared from the flowers and roots of common mullein. Effectiveness is also recognized by official medicine. That is why you can also find remedies made on the basis of this plant in pharmacies - rectal suppositories and oil extracts.

In folk medicine, decoctions of the common mullein root are used in case of diarrhea, to rinse the oral cavity in case of toothache, and powdered as an antiparasitic agent. The juice of this remedy in fresh form, applied, is useful to treat warts (applied topically). Juice is squeezed from the stems and used to treat bronchitis and respiratory tract inflammation. Decoctions of flowers and leaves can be used to rinse the eyes to reduce their inflammation. In the people, mullein is known as a diuretic, decoctions from its leaves and roots are used for chronic cystitis, bronchial asthma, pulmonary tuberculosis, stomach and intestinal catarrh, liver and spleen diseases, colds, rheumatism, headaches and other diseases.

A decoction of this plant is also used in baths, to prevent rickets and to treat scrofula. Compresses are made from a decoction of the leaves to treat tears, ulcers, hemorrhoids and scabies. With dried grass, it can also be covered after burn wounds and tears on the feet.

A royal oil (oil extract) is made from mullein and olive oil, which is taken orally.

When using infusions or decoctions of common mullein, it is necessary to put them through a cloth several times, so that the hairs growing on it do not get into them - they can cause strong irritation of the stomach and intestinal tract.

We remember!!! Under no circumstances should we eat mullein seeds - they are toxic!

Common mullein preparations are not recommended for use during pregnancy and lactation. Talin, which is found in the plant, is a carcinogenic element, so this plant should not be used by people suffering from cancer. Quite often, people are allergic to this plant, so be careful.

Infusion of common mullein flowers: 1 dessert spoon per 1 glass of boiling water, let stand for 10 minutes, separate the layers, use ½ cup, 3 times a day after meals.

Planting of Nevinviru power flowers: pour 1-2 tablespoons with 200ml of boiling water, let it set, then separate the thickets. Take one tablespoon 3 times a day after meals.

Decoction of the flowers of nine-viruforce: boil 20 grams of the drug in 300 ml of milk or water, leave for 30 minutes, separate the thickets, add sugar or honey as needed.

Decoction of the roots of the nine-man power: boil 20 grams of roots in 1 L of water for 15 minutes on low heat, let it rest for 30 minutes and then separate the pulp.

Compresses of the power of nine men: leaves and flowers are scalded, cut and wrapped in gauze. Apply to sore joints and muscles.

Nine-Male Flower Powder: Rub on open wounds, cuts, nipple lacerations, after they have been treated with carrot juice.

Hemorrhoid treatment: boil the flowers as tea and drink 6-7 glasses during the day. Bleeding stops after 2-3 days, and the disease disappears altogether.

Treatment of lung inflammation: prepare a decoction of mullein flowers. Boil 1 tablespoon of flowers in 200ml of water. Use 1 tablespoon every 3 hours.

Treatment of stomach and duodenal ulcers: a liter jar is filled 2/3 with flowers, filled to the top with alcohol and put in a dark place for 21 days, shaking occasionally. During 1 course, it is necessary to drink 0.5L extract, 1 tablespoon each, 3 times a day, 30 minutes before meals. This remedy has a pleasant taste and is not particularly harmful, it can also be used preventively - of course, you should not get carried away with alcohol.

Against eczema on the legs: pour 3 handfuls of flowers with a bucket of water, boil for 20 minutes, cool a little and put your feet in the water. Heat your feet until the water cools down. After that, wrap your feet in a warm cloth. The decoction can be used 2-3 times by reheating. Such a procedure is recommended, overnight, until you are completely cured.

Sentēvu's method against angina: pour 250 gr of fresh flowers with honey, put in a warm place for 8 hours, then store in the refrigerator. Use 1 tablespoon before meals, 3 times a day, 1 tablespoon a day is enough for children. The product is also effective against cough and infectious laryngitis.

A drink of mullein

Boil water, dissolve sugar in it, add mullein flowers, boil for one minute, separate the thickets and cool.

A power infusion of nine men

Pour water over the flowers and boil for 1 minute. Vodka is added to the infusion and sugar is added.

A drink made from mullein and linden flowers