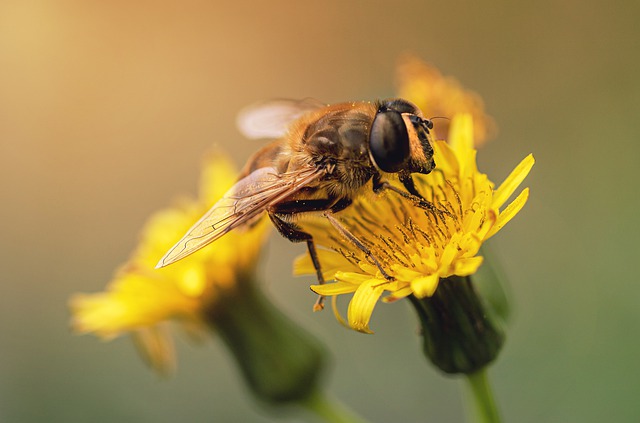 Perennial plants, 10-140 cm tall. The stem is erect, densely leafy, bare, often branches only at the top of the stem. Creeping and rooting shoots are often formed (small sedge). The leaves are arranged alternately, elongated (2.5-5cm long and 0.3-1.5cm wide), simple, sessile. The edges of the leaves are finely toothed. The flowers are yellow, rarely red, collected in flower baskets with a diameter of 1-2.5 cm, which often form shield-shaped inflorescences. Grasses have such a feature as  apomixis -  a type of reproduction when the plant does not need fertilization and interspecies hybridization is also common. It usually blooms in May-June, often until September. The plant is a valuable nectar plant.

The entire plant is harvested for medicinal purposes. The leaves are collected in May and June, during flowering; roots - in early spring or autumn. The plant is dried in a shady, well-ventilated place, dried in forced dryers not exceeding 40C. The plant is stored in paper bags, in a dry room, for no longer than 2 years.

Hawkweed has anti-inflammatory, diuretic, astringent, antiseptic and antimicrobial properties. Hawkweed is also used as an anti-bleeding, wound-healing and antiseptic agent in case of bleeding and slow-healing wounds, as an analgesic in case of headache and as a sedative in case of insomnia.

The properties of Hawkweed are widely used in folk medicine. For medicinal purposes, the most commonly used is the small sedge (Hieracium pilosella) and the sedge sedge (Hieracium umbellatum). In folk medicine, Hawkweed is used to treat diseases of the digestive tract and liver, to reduce swelling and relieve painful menstruation.

Hawkweed tea is used to improve the functioning of the digestive organs and as an eye wash. In case of yellow disease, the powder of the dried plant is used; in case of menstrual cycle disorders - a decoction of the surface part of the plant; in case of lung and uterine bleeding - a decoction of the root and surface part. In addition, decoctions of Hawkweed are used against edema, in cases of inflammatory diseases of the kidneys, as well as in cases of bladder stones, prostatitis, edema and ascites. As a wound-healing agent, the leaves of Hawkweed are used (in the form of a compress), and the powder of the dried plant is applied to the wound if the wound is rotten.

In case of general fatigue, it is recommended to use a decoction of Hawkweed flowers. The decoction and infusion of Hawkweed root is used in folk medicine as an astringent, stopping bleeding, anti-inflammatory, wound-healing, pain-relieving agent; extract in alcohol - to restore working abilities.

Hawkweed is an effective remedy for bronchitis, lung inflammation, colds, cough, pulmonary tuberculosis, inflammation of the oral cavity and throat. A water extract of the plant is recommended if there is bloody diarrhea or headache. The eyes are rinsed with a decoction of Hawkweed , the mouth and throat are rinsed in case of inflammation and hemeralopia (chicken blindness), bleeding gums. Hawkweed decoction is also used externally to treat skin allergic reactions.